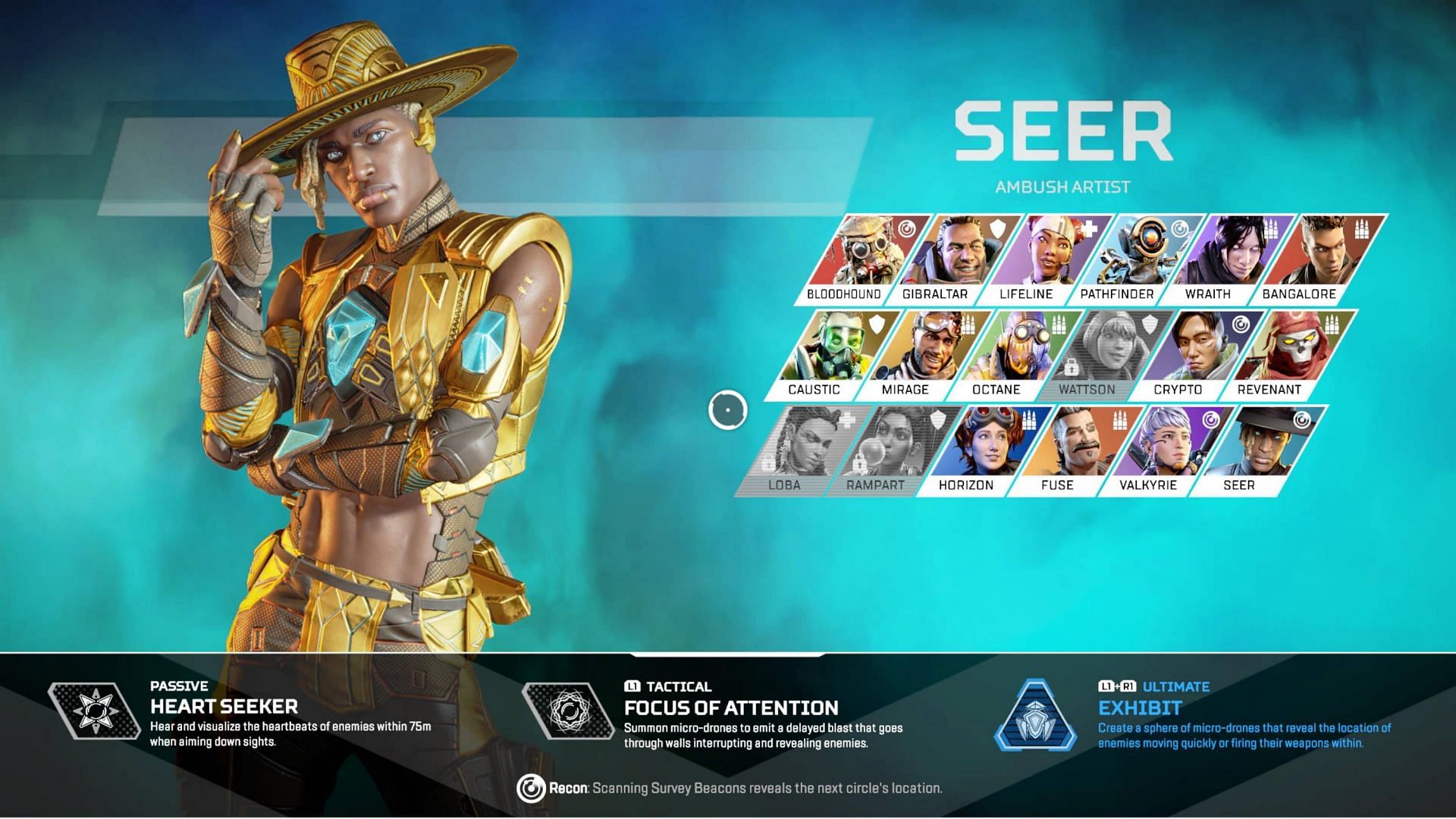 Apex Legends has a substantial cast of beloved colorful characters with distinct looks and elegant design sensibilities. As is common in free-to-play games, Respawn’s blockbuster battle royale features a ton of unlockable cosmetics to ensure players can add a personal flair.

Seer was introduced to the game in Season 10 last August, and he was immediately considered comically powerful. The visionary artist and sneaky recon specialist has undergone a couple of nerfs but remains a powerful combatant. Despite being fairly new to the game, Seer has a ton of great cosmetic options to choose from.

Apex Legends has a way of tying some of its best cosmetics to brief seasonal events, making certain skins tough to come by. Seer’s default look is so stylish that more unique skins have to go above and beyond to stand out.

This elegant look trades out the striking gold of Seer’s normal look in favor of a luminescent green. The dynamic green lines on black leather evoke shades of The Matrix in the gifted artist’s look.

Iridescent is tough to come by because it could only be obtained in the Anniversary Event earlier this year. Players sticking with this legend would’ve had to put down 1,000 coins or 800 in Crafting Material during a brief window.

Apex Legends joined a long line of hit games by partnering with Amazon and Twitch for certain loot. The slim minority who linked their Prime Gaming account with this hit battle royale last August are the only ones who can rock this look.

The Check Me Out skin contains a fairly obvious pun, adding a dashing check pattern to Seer’s look. As one would expect from a fashion icon, he even incorporates this controversial pattern with style.

Pirates were very prominent when Season 11 was ongoing. Unfortunately, that time has passed. The few who succeeded in that season’s Raiders Collection event are the only ones to secure this dynamic look.

The futuristic pirate look is one of the most dynamic changes in style that Seer can undergo. Freebooter turns Seer into a different character who looks so cool fans will wish they could play as him.

Last year’s Monsters Within event held this and so many other horror-tinged Apex Legends skins. Players could only grab this Legendary skin with 2,400 Crafting Materials or several difficult packs, making it very rare.

The Out For Blood look makes Seer look like a deadly hunter, adding a Mortal Kombat element to his design. The Halloween event is long past, but the skin still looks great.

Apex Legends unleashed this skin alongside the hero, so players needed to get in very early. This legendary look required 3,000 Apex Coins and could only be purchased in the launch bundle for Seer.

The Heartthrob look is one of Seer’s most high fashion skins. Seer looks more like he’s attending a catwalk runway than a battlefield gunfight.