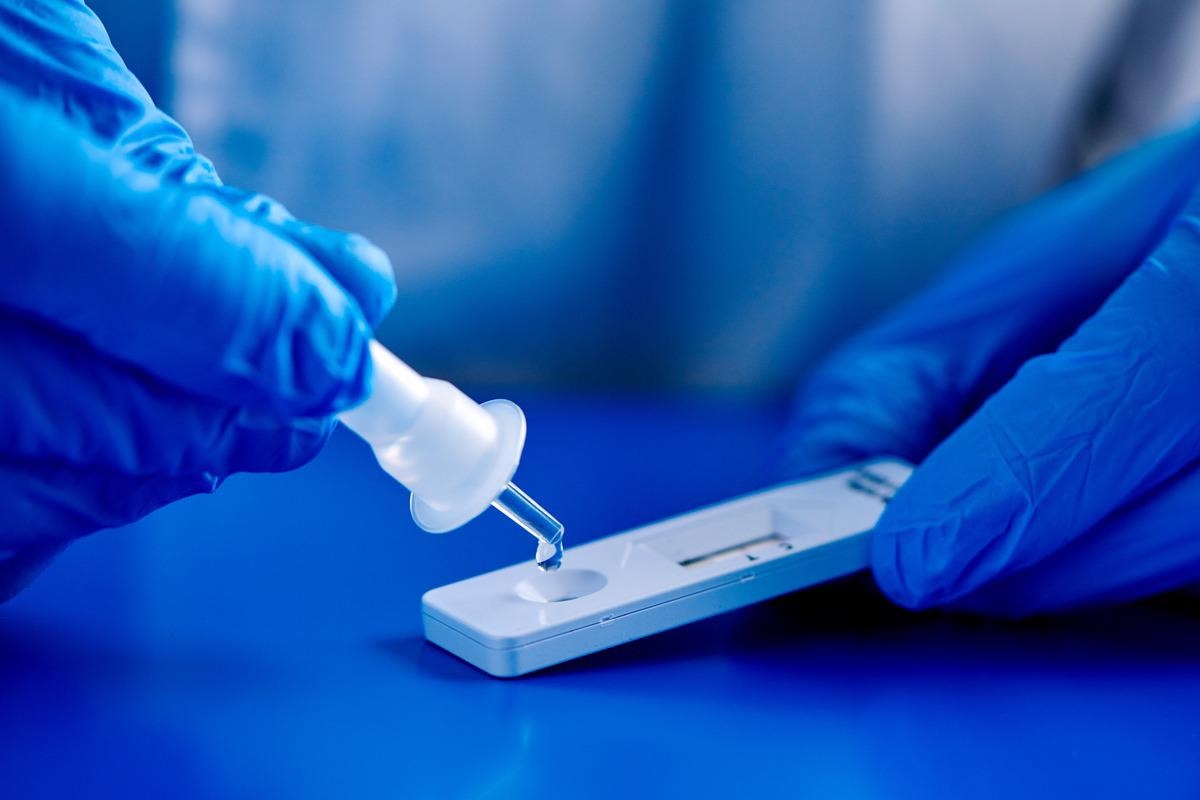 Frequent and widespread SARS-CoV-2 testing is essential to curb the coronavirus disease 2019 (COVID-19) pandemic. Rapid antigen tests that detect SARS-CoV-2 N proteins are the diagnostic tests of choice in several settings due to their ease of use and short turnaround time. However, the unprecedented emergence of SARS-CoV-2 variants has raised major concerns regarding the test performance against the mutant variants.

In the present study, researchers developed a mammalian surface-display platform that enables quantitative and direct measurement of antibody binding with SARS-CoV-2 N.  The platform was used with DMS to assess the vulnerability of rapid antigen tests to SARS-CoV-2 N mutations.

An expression construct was generated, which contained N protein framed by an N-terminal signal peptide (SP) and a C-terminal transmembrane region (TM), which were derived from immunoglobulin G4 (IgG4) and platelet-derived growth factor receptor (PDGFR), respectively. A master regulator of cell cycle entry and proliferative metabolism (Myc)-tag was inserted between the N protein and SP to control protein expression differences.

The construct was cloned into a lentivirus-expressing plasmid followed by a green fluorescent protein (GFP). The Myc+ and GFP+ cells were subjected to flow cytometry analysis. In addition, biolayer interferometry (BLI) experiments were performed. In DMS, barcodes of each sample were counted to determine the weighted escape scores (Ew), which reflect the extent to which antibody binding was decreased by a particular mutation.

Out of 7,942 mutations of the entire N protein sequence, DMS libraries #1 and #2 comprised 7,893 and 7,901 mutations, respectively. All the 17 antibodies exhibited distinctive escape mutation profiles across the N protein dimerization domain (NDD), and most of the N mutations did not affect the antibody binding.

The linear epitope of R040 was confined to a continuous stretch of amino acids between the amino acid residues L394 and F403, and the D399N mutation showed high Ew for the antibody. On the other hand, the 3D epitopes of the 3C3 and C706 antibodies were characterized by discontinuous stretches of amino acids with variable degrees of mutational escape. All tested escape mutations for antibodies C706 (F110S, G85K, R149D, and G116R) and R040 (D399N, D402V, and L395V) abolished antibody binding, whereas mutations outside the epitope had no effects. For the 3C3 antibody. The V324E and E323V mutations abolished binding, whereas P326A and T329G mutations reduced binding affinity. The escape sites were situated in the hydrophobic core of the SARS-CoV-2 N receptor-binding domain (RBD) and probably unfolded this domain.

The epitopes of N-RBD were grouped into four classes. Class I epitopes were identified for C524, MM08, 1A7, and RC17604 and were bound to loop sites located between the residues K143 and Y123 and on the NDD opposite to the beta (β)-hairpin. MM05 defined class II epitopes, and its binding region was situated in the β-hairpin loop at positions D98, M101, and K95. The escape mutations of Class III epitopes and Class IV epitopes were located in the C-terminal loop regions between V158 and A173 for class III and between R149 and P151 for class IV epitopes.

Secondary escape sites were also observed for a few antibodies (N-Ab3, Ab166, 1C1, 1A7, and R004) at the N protein N-terminus in residues S2 to P6. In addition, the monoclonal antibody-1 (mAb-1) and mAb-2 used in the commercial Clip COVID rapid antigen test were bound to N-RBD with comparable affinity as MM08 and R004, respectively. The detection of secondary escape sites and comparable results with the commercial rapid antigen tests highlight DMS accuracy.

The D399N mutation exhibited a high Ew, whereas all other mutations exhibited low Ew, indicating that the SARS-CoV-2 variants containing these mutations did not affect the performance of rapid antigen tests utilizing the antibodies. Besides D399N, D3L, present in the B.1.1.7 variant, was the only mutation with slightly elevated Ew for antibodies Ab166, 1C1, and 3C3 and could affect their test performance.

bioRxiv publishes preliminary scientific reports that are not peer-reviewed and, therefore, should not be regarded as conclusive, guide clinical practice/health-related behavior, or treated as established information.