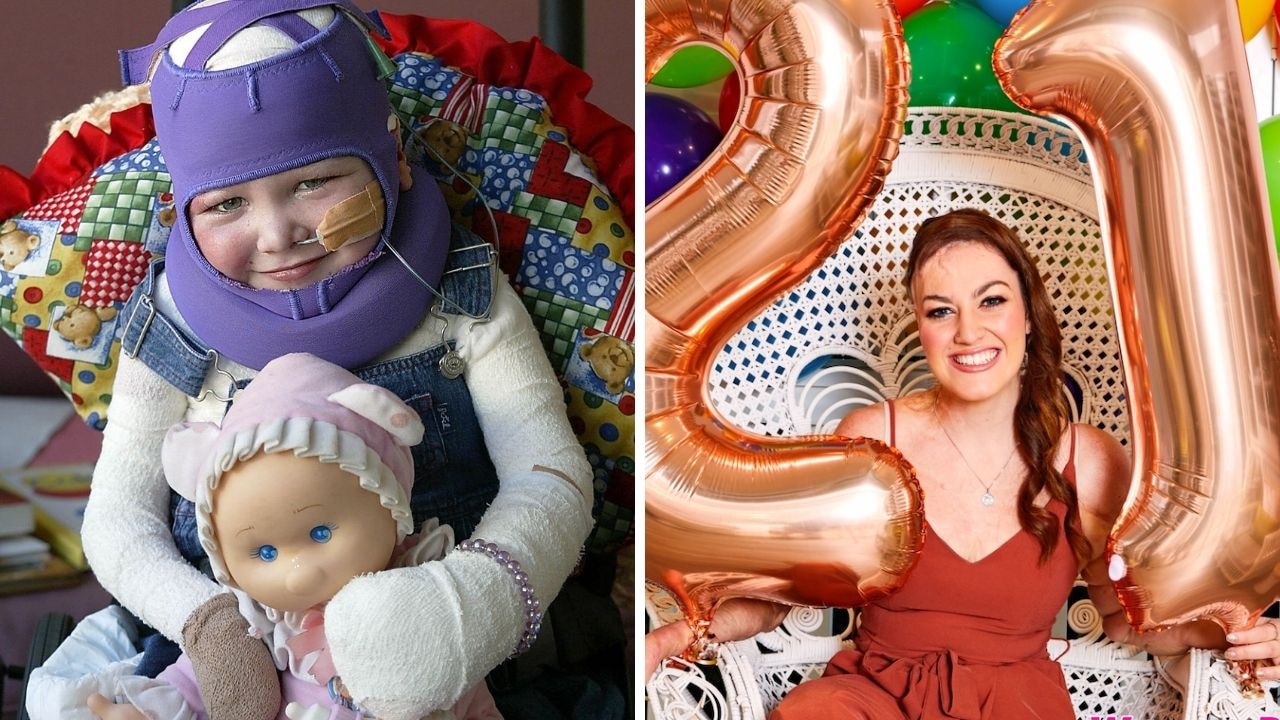 Sophie Delezio captured hearts as the brave toddler seriously injured when a car crashed into her daycare centre. Here’s what she’s doing now.

A brave toddler who captured the hearts of Australians in 2003 after a car crashed into her daycare centre has grown into a remarkable young woman – marking her 21st birthday on Sunday.

“Turning 21 does feel huge,” Sophie Delezio told Woman’s Day, speaking ahead of the milestone. “I had no idea where I was going to be (at this age), mainly because of my journey. But I’ve tried to not have too many expectations and just live in the moment.”

Ms Delezio survived two serious car crashes as a child. The first at just two years old, when a driver crashed into her Sydney childcare centre.

She suffered burns to 85 per cent of her body and lost both her feet, some fingers and her right ear.

Then in 2006 the unimaginable happened.

Ms Delezio was hit by a car as her nanny pushed her wheelchair across a pedestrian crossing, throwing her 18 metres from the chair.

“I’ve got a lot ahead this year and I’m excited to get things started,” she said.

That includes a seven-month trip around the world with Mr Salerno.

In the last month, she has made her way through Whistler, New York and Alaska.

“The next decade will be all about taking new opportunities, I think,” she said.

“This is a good time for me to reset and figure out what I want in life, and where I want to go, for my career especially. It could be a turning point there, but I don’t know what will come – I’m just excited for it all.”

Ms Delezio and Mr Salerno have known each other since they were six years old and were on the same swimming team.

Eight years later, Ms Delezio moved to the same school as Mr Salerno, where they met in drama class and became good friends.

Ms Delezio moved to London for a year after graduating and when she came home, the pair began a romantic relationship.

“We went out for dinner and I told her, ‘Hey, I have something to tell you. I kind of have feelings for this person’,” Mr Salerno told Woman’s Day in October last year.

“And she said, ‘Oh really, who?’ and I got out my phone and got up a photo of her and showed it to her. I had never seen her laugh like that, I thought she was laughing at me!”

Ms Delezio added: “I awkward laugh a lot when I don’t know what to say or do. I was so shocked, I had no clue. But I knew I had felt something for him and I’ve always wanted him in my life. He’s my best friend.”