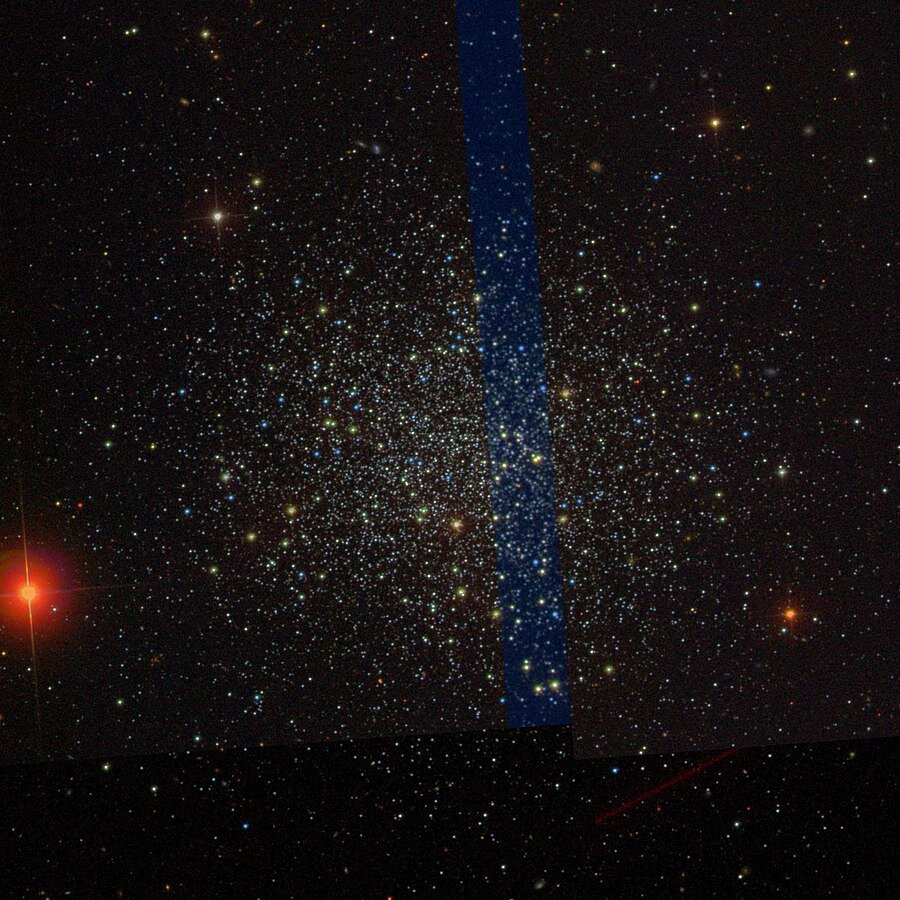 Using the AstroSat spacecraft, Indian astronomers have inspected a galactic globular cluster known as NGC 5053. Results of the study, presented in a paper published May 27 on the arXiv pre-print repository, provide important insights into the stellar population of this cluster.

Globular clusters (GCs) are collections of tightly bound stars orbiting galaxies. Astronomers perceive them as natural laboratories enabling studies on the evolution of stars and galaxies. In particular, globular clusters could help researchers to better understand the formation history and evolution of early-type galaxies as the origin of GCs seems to be closely linked to periods of intense star formation.

At a distance of about 57,000 light years away from the Earth, NGC 5053 is one of the most metal-poor galactic GCs. Although NGC 5053 was discovered in 1784, and almost 150 years later it was confirmed as a globular cluster. This was mainly due to the cluster’s high latitude, richness in faint stars and presence of variable stars.

Now, in order to shed more light on the stellar content of NGC 5053, a group of astronomers led by Kolencheri Jithendran Nikitha of the Indian Institute of Space science and Technology in Kerala, India, decided to observe this cluster with the Ultra Violet Imaging Telescope (UVIT) onboard AstroSat. The study was complemented by data from ESA’s Gaia satellite.

“In this paper, we present the photometric analysis of the globular cluster NGC 5053 using the FUV [far-ultraviolet] and NUV [near-ultraviolet] ﬁlters of UVIT, in combination with Gaia observations,” the researchers wrote.

The team managed to construct a catalog of 1884 ultraviolet stars of NGC 5053 and carried out their photometry. By analyzing the proper motion of these stars from Gaia data, they were able to identify members of this cluster.

The researchers noted that radial distribution and spectral energy distribution (SED) of the BSS population of NGC 5053 seem to suggest that they have a collisional origin. This scenario is consistent with the previous speculations indicating a possibility of collisional origin for BSSs in low-density clusters similar to NGC 5053.

In addition, the study found that NGC 5053 has a metallicity at a level of -1.9 and its age was estimated to be about 12.5 billion years.

This document is subject to copyright. Apart from any fair dealing for the purpose of private study or research, no
part may be reproduced without the written permission. The content is provided for information purposes only.