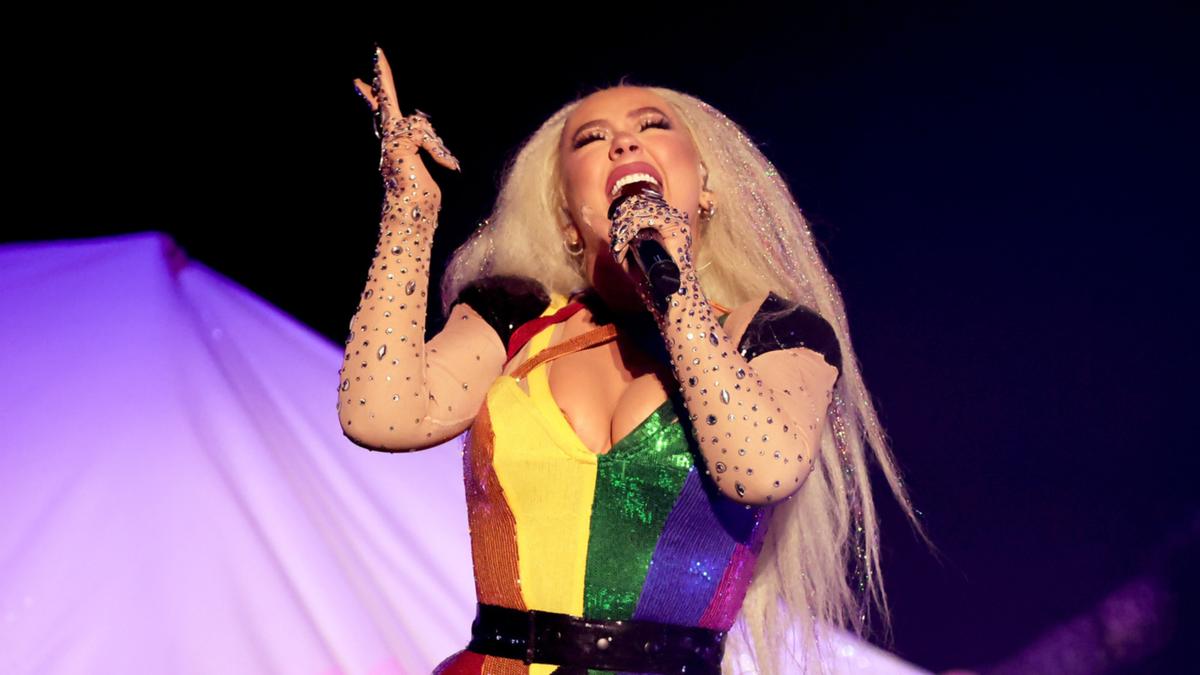 Nearly two decades after she and Britney Spears caused controversy when they pashed Madonna on stage at the VMAs, Christina Aguilera is continuing to push the boundaries on sexual expression in public places.

The pop diva has given an eye-popping performance at the LA Pride Festival, with one of her many costumes including a green glittery phallic strap-on.

Aguilera played to the crowd, licking her lips as she performed a duet with singer Kim Petras, who simulated a sex act.

Aguilera was the headliner at Los Angeles Historical Park and ran through some of her biggest hits including 2002’s Dirrty, which, when the original video with her wearing chaps and not much else came out, proved to be one of the most controversial of all time.

One Twitter user wrote: “I know it’s pride month and I love that for us but why did I just see a video of Christina Aguilera wearing a green sparkly strap on and Kim Petras singing to it and grabbing it.”

“I didn’t know that I needed christina aguilera wearing a big green bedazzled strap on but I did.”

Aguilera was joined on stage by a series of special guests including Paris Hilton, who just a few days ago was among just 60 guests invited to attend Britney Spears’ wedding.

Hilton was there as a DJ and also went for over-the-top sparkles for her bodysuit.

Meanwhile, at the Miami Pride Festival, rapper Azealia Banks too was courting controversy with her choice of costume with a breast-baring black leather bodysuit with a zip at the crotch.

But it was her performance that had jaws on the floor as she appeared to have an on-stage meltdown.

Banks sang four songs before swearing at fans and ranting about whether she was the headliner.

Screaming out to her fans, Banks said: “I’m really not happy to be here” at which point her microphone was switched off and she stormed off the stage.