Bruce Willis aphasia: Actor to be stripped of Razzie Award after recent diagnosis 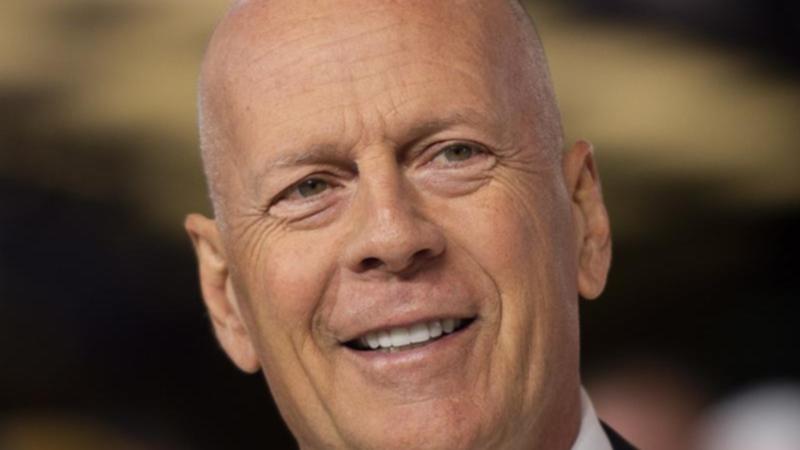 It’s the award nobody wants – a Razzie for terrible acting.

The Razzies are a controversial awards event co-founded by John Wilson and Mo Murphy to recognise the year’s worst films and film performances.

IN THE VIDEO ABOVE: Bruce Willis to retire from acting after aphasia diagnosis

For more Celebrity related news and videos check out Celebrity >>

They’re designed to skewer what they consider Hollywood’s biggest duds on the eve of the Oscars ceremony each year.

While it’s meant to be a bit of a giggle, this year’s lambasting of Bruce Willis’ recent films has come under scrutiny given the actor’s recent shock medical diagnosis.

On Friday, the Razzies’ co-founders announced they would rescind the gongs recently “awarded” to the actor after creating a special category just for him.

The Razzies nominated him eight times for “worst performance by Bruce Willis in a 2021 movie” for each of his movies.

But on Thursday, it was revealed that the Die Hard star had been diagnosed with aphasia, a cognitive condition which can result in communication and language difficulties.

“With much consideration Bruce is stepping away from the career that has meant so much to him,” his family wrote in a joint statement.

“This is a really challenging time for our family and we are so appreciative of your continued love, compassion and support.

“We are moving through this as a strong family unit, and wanted to bring his fans in because we know how much he means to you, as you do to him.”

The Razzies then took to Twitter to recognise the announcement – but what they wrote had many people seething.

“The Razzies are truly sorry for Bruce Willis’ diagnosed condition,” they wrote.

“Perhaps this explains why he wanted to go out with a bang in 2021.

“Our best wishes to Bruce and family.”

That tweet sparked a huge backlash, with many expressing their disgust at the insensitivity of the comment.

“Whose job was it to tweet this?” one person wrote. “And are they still employed?”

“This was so unnecessary, my god,” another wrote.

“You know, you could just sit this one out.”

“Be ashamed of who you are,” another posted.

Later, the co-founders provided a statement to The New York Post saying they had decided to rescind the actor’s Razzie.

“After much thought and consideration, the Razzies have made the decision to rescind the Razzie Award given to Bruce Willis, due to his recently disclosed diagnosis,” they said.

“If someone’s medical condition is a factor in their decision-making and/or their performance, we acknowledge that it is not appropriate to give them a Razzie.”

Speaking to IndieWire, Wilson and Murphy said they were “truly sorry to hear about Willis’ diagnosis, of which we were unaware” when the Razzies were handed out.

But they took a potshot at the actor’s heavy workload last year, which had prompted them to devise a special category just for him after a series of less-than-stellar performances.

“In Willis’ defence, perhaps his reps should not have let him do such a high volume of work in so short a time,” they said.

“We offer our best wishes to Bruce and his family.”

The awards’ founders also rescinded a worst actress nomination for Shelley Duvall in the 1980 film The Shining because of reported mistreatment by late director Stanley Kubrick.