As fixed mortgages end and rates rise, many risk losing their homes 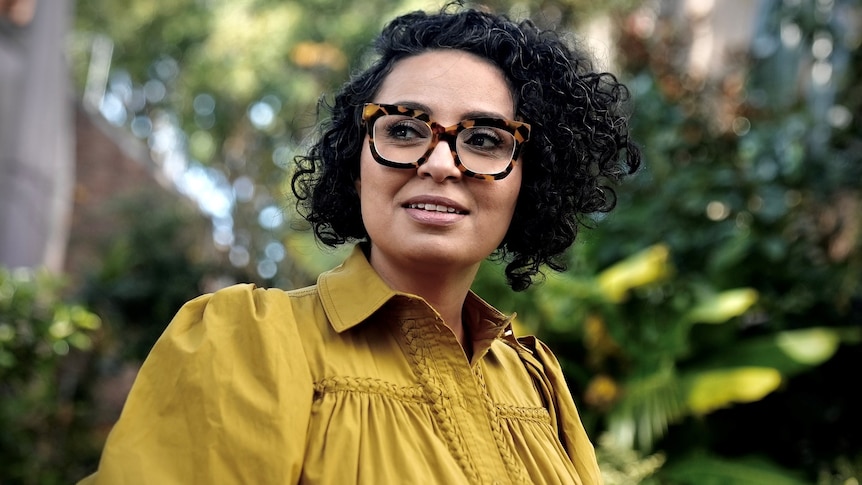 Sarah Ibrahim is worried about what will happen when her fixed rate ends in January.

Ms Ibrahim and her partner took on a home loan of more than $1.5 million in Sydney, with a deposit of 10 per cent.

They are among almost 40 per cent of Australians with mortgages who have locked in ultra-low fixed rates and will roll off them as soon as next year, and potentially face a world of financial pain.

“We fixed the majority of our mortgage for two years, and we assumed that in the next few years, they wouldn’t really go up much,” Ms Ibrahim told ABC News.

She and her husband had been saving for a deposit for years and finally broke into the Sydney property market at the end of 2019.

The couple initially had borrowed with a variable rate, but last year shifted to a part variable rate of 2.75 per cent and part fixed rate of 2.15 per cent to have certainty on ongoing repayments.

Ms Ibrahim says she relied on repeated statements from the Reserve Bank that interest rates would not go up until 2024.

But now the RBA has stated that rates will lift by 2.5 per cent and possibly more, until it can get inflation down within its target band of 2 to 3 per cent.

For Ms Ibrahim and her family that means a rise of almost $20,000 a year on their mortgage repayments.

“That has been really anxiety-inducing — to think that interest rates will go up by that much and that we would have to try to weather such a large increase at a time when there [are] obviously other upward pressures in relation to the cost of living,” Ms Ibrahim said.

For many Australians that stress has already started, with financial counsellors reporting an uptick in banks trying to repossess people’s homes because they’ve been missing mortgage repayments.

And economists fear that coupled with higher costs of living, and possible unemployment down the track, the financial system could be at risk.

Some banks are hitting borrowers with eviction notices

Since moratoriums on mortgage repayments – which were introduced during the pandemic to account for the fact that people had lost or been stood down from their jobs and were not generating enough income – have been lifted, more Australians have been falling behind on their repayments.

Stephanie Tonkin, director of mortgage stress at Westjustice, says in the past two months alone her company has seen 60 clients and about half of them have been hit with eviction notices.

She says they are now trying to negotiate with their lenders for those clients to not lose their homes.

“We’re seeing clients coming up to us with a whole range of legal, emotional [and] financial issues, and we are calling on the banks to take a compassionate approach to this real tsunami of home owners who are finding themselves at real risk of homelessness,” she said.

“We’re already seeing banks ramping up their action to enforce mortgage debts and repossess homes already against the background of relatively low interest rates, but with rising cost of living, we’re calling on the banks to take a more compassionate approach.”

Ms Tonkin notes that many of her clients are still getting back on their feet post COVID.

She wants banks to use evictions “as a last resort” and be understanding of “some of the underlying emotional drivers of mortgage stress, be it family violence, gambling, mental ill health”.

The latest data from the Australian Prudential Regulation Authority (APRA), shows that of $2.2 trillion worth of loans held in March 2022, about $9 billion belonged to borrowers who are 30 to 89 days overdue on their repayments.

And mortgagees in possession — people whose homes are repossessed by the bank because they have defaulted on their loan — were valued at around $308 million, down from $705 million in March 2019.

CBA reported that current home loan arrears are at record low levels of less than 1 per cent and one in two borrowers were three months ahead of their repayments.

NAB said that 70 per cent of its customers were ahead on their mortgage payments but did not indicate default rates.

‘People have borrowed to the hilt’ and mortgage defaults could rise

But financial counsellors are worried that with more people coming of fixed rates and variable rates heading above 5 per cent, more people will default on their home loans.

Financial Counselling Australia chief executive Fiona Guthrie said “a lot of people have borrowed to the hilt” and she is shocked banks have been letting people borrow six or more times their incomes with very low deposits.

The number of people who face mortgage stress is still high, but since the regulator introduced tighter lending standards late last year, people borrowing six or more times their income with low deposits is starting to fall.

APRA March 2022 quarter data shows about 23.1 per cent of new mortgages ($32.7 billion worth) had a debt-to-income ratio of six times or more in dollars terms. This was down from the record high of 24.3 per cent (or $40.6 billion) in the previous quarter but still almost triple the rate from March 2019, when it was $11.4 billion.

Ms Guthrie said they are already seeing signs of people in financial stress and that is set to worsen under higher interest rates.

“People are going to have to tighten their belts, and sometimes quite substantially. And we are particularly worried that for some people, it might be enough to tip them over the edge so that they can’t pay their mortgage.

“For every percentage point increase in interest rates, that will mean more and more people will experience financial stress. And the larger that group of people, the bigger that reverberates through the whole of the economy.”

Some people will also be stretched because they already make interest-only repayments rather than any principal off their home loan. These interest-only loans are now a small portion of the $2.2 trillion home loan market — valued at $225 billion, which is down from $405 billion in March 2019 (as that was before APRA introduced tighter lending standards).

The big positive for most borrowers is they saved money during pandemic lockdowns, with balances in offset accounts lifting from $162 billion in March 2019 to $228 billion in March this year.

Rate City research director Sally Tindall said this total could drop in coming quarters as the RBA continues to hike official rates and people start to dip into their savings to keep up with their growing monthly repayments.

But she said most Australian households were well placed to “take these rate hikes on the chin” and “there will not be people just defaulting on their mortgages on mass”.

“Losing a home … has an everlasting impact on that person’s finances.”

‘Reserve Bank’s reckoning’: Was it wise to suggest no rate rises until 2024?

This week, Reserve Bank governor Philip Lowe noted that when the bank signalled interest rates would likely not rise until 2024, it did so under pandemic circumstances, imagining the worst-case scenario.

But Mr Lowe said now, with the cost of living in Australia running towards 7 per cent, interest rates will keep rising until inflation falls back within the central bank’s target band of 2 to 3 per cent.

Ms Guthrie said the Reserve Bank had to take greater care in its messaging.

“There would certainly have been people who would have listened to those predictions [of no rate rises until 2024] and made decisions based on them, and there will be some degree of reckoning for the RBA,” she said.

“I think it is fair to say that when the Reserve Bank makes quite definite statements about what interest rates are going to do, and when that doesn’t happen, they’ve got a degree of responsibility for that. They need to learn from what looks like quite a serious mistake, that could have quite serious implications for a number of people.”

Steven Hamilton, Assistant Professor of Economics at The George Washington University and visiting fellow at the Crawford School at the ANU, said now rates will rise far higher than anyone had anticipated and “more and more people [will] get close to the edge and get pushed over”.

“The risks are that they go too hard, too fast. And that that leads to an increase in defaults and a really aggressive downturn in the housing market. And I think that does threaten the financial system to some degree,” he said.

Ms Ibrahim said both regulators like the RBA and APRA, as well as lenders, have an obligation to Australians to ensure they do not get false hopes that interest rates will stay low and get over-indebted.

“I definitely took the message [from the RBA] that you can start making plans, knowing that interest rates are going to remain stable and low. This is not just home-loan plans, I mean, business plans based on that. So, it’s a really big deal,” she said.

“And I also appreciate that there’s a lot of different variables that the RBA has to consider. But I definitely feel that one of them needs to be highly geared mortgages and people in that situation.”

Ms Ibrahim said while they are middle-class working professionals – she is a lawyer and her husband works in consulting — the couple have two daughters Ameila, 5, and Sophia, 9, and have already had to cut back on essentials to account for the rising cost of living.

“We’re [already] thinking about what we buy at the grocery shop … How long do you keep the heater on?” she said.

“There’s a lot of middle-class Australia that have really big mortgages. … If [rate hikes are] done really fast, that could see a lot of people … go through mortgage hardship.”

Ms Ibrahim said they will do everything they can to hold onto their home, but with such a high loan-to-value ratio (given their low deposit of about 10 per cent), having to sell is a thought that “crosses our minds”.

“It felt like a huge weight was lifted off our shoulders when we finally got into the Sydney property market. Now it’s about how you stay in the market,” she said.

If you are financially struggling and need help you can contact the National Debt Helpline on 1800 007 007.