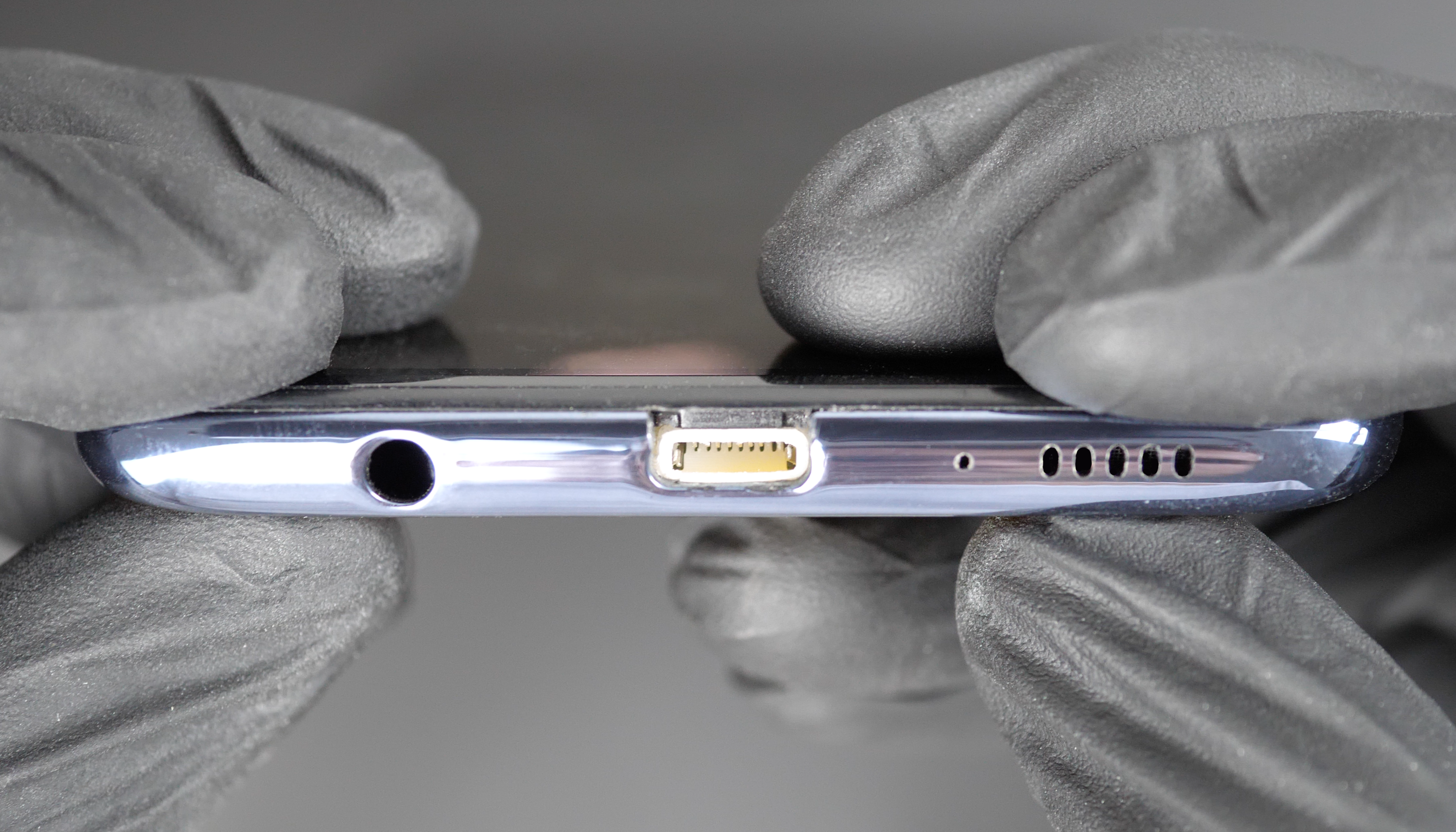 Back in 2021, engineer Ken Pillonel did what Apple refuses to do when he made the world’s first iPhone with a working USB-C port. Now, Pillonel has flipped the script with his latest project: the first Android phone with a Lightning connector.

Admittedly, an Android phone with a Lightning port doesn’t have nearly the same sort of cross-over appeal as a USB-C iPhone, but that’s OK. In his initial video, Pillonel says the device was meant to be more of a fun project created to “balance the chaos” unleashed by his previous device, with the release deliberately timed for April Fools’ Day.

However, putting this thing together was no joke, because while the concept might be silly, the Lightning port on the Android phone (in this case a Samsung Galaxy A51) is fully functional for both charging and data transfer. “[This] was a complex modification that required some out-of-the-box thinking,” said Pillonel. And when I got the chance to ask about the project’s biggest challenges, Pillonel told Engadget the hardest part was figuring out how to make everything actually work together.

“The Lightning cables sold by Apple are not ‘dumb,’” he said. “They will only charge Apple devices. So I had to find a way to trick the cable into thinking it was plugged into an Apple device. And the whole thing needs to fit inside the phone, which is another challenge in itself.”

Thankfully, Pillonel has learned a thing or two since his previous project, which helped lay the groundwork for his latest device. “I would say it was easier to do than the first USB-C iPhone for two reasons,” he said. “The first is that I’m getting better at it because I’m learning new things every day, so hopefully I can finish these mods faster and faster. The second reason is that the quality of the finished product is nowhere near what it was for the iPhone.”

And while I would posit that an Android phone with a Lightning port is a definite downgrade in terms of usability compared to a standard USB-C port, that doesn’t seem to bother Pillonel. “I don’t expect anyone in their right mind wanting to do this to their device,” he said. “It was for fun, I just wanted to see if I could do it.”

So what’s the next move for this unique gadget? For those looking for more details about what went into the project, Pillonel says he’s working on a full-length explanation video coming soon to his YouTube channel. As for the phone itself, Pillonel says he’ll probably just keep it after running into issues when he put the original USB-C iPhone up for auction on eBay, which ended up garnering fake bids in excess of $100,000.

“I didn’t want to force trying to sell it because that’s not really who I am. I want to focus on my engineering and science projects,” Pillonel said. And while these custom mods might not be everyone’s dream device, they’re a great example of what can be done even without the help of the companies that originally made them.

All products recommended by Engadget are selected by our editorial team, independent of our parent company. Some of our stories include affiliate links. If you buy something through one of these links, we may earn an affiliate commission.