After the USB-C iPhone, we now have a Lightning port on an Android device 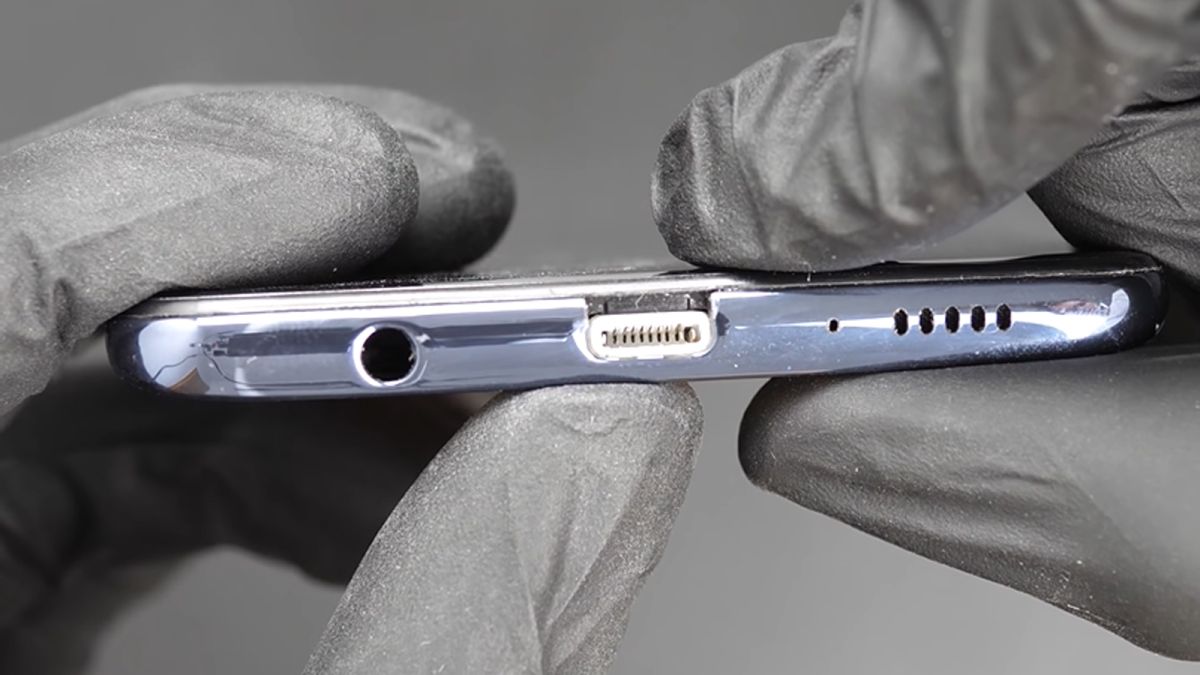 Full credit to robotics engineer Ken Pillonel, who has followed up the impressive achievement of fitting a USB-C port to an iPhone by completing the circle: attaching a working Lightning port to an Android phone (the Samsung Galaxy A51).

“I decided I needed to balance the chaos,” says Pillonel in the description of a YouTube video teasing the device. “It was a complex modification that required some out-of-the-box thinking. And sprinkle some DIY on top of that.”

From what we can tell in this short teaser – a full length video is apparently coming soon – it looks as though the Lightning port is good for both charging and data transfer, a seriously cool bit of engineering that must have taken a while.

Part of the challenge is that Lightning cables are designed to only work with Apple devices. That meant Pillonel had to somehow engineer the port so that any connected cable would think it was attached to a piece of hardware developed by Apple rather than Samsung.

What’s more, all the careful electronics work fits inside the original Galaxy A51 casing. The teaser clip was deliberately released on April 1 as a tongue-in-cheek nod to the idea of fitting an Android phone with a Lightning port – something it’s unlikely that there’s going to be a lot of demand for.

“I don’t expect anyone in their right mind wanting to do this to their device,” Pillonel explained to Engadget. “It was for fun, I just wanted to see if I could do it.” Stay tuned for the full video and all the technical details of how this was put together.

As Pillonel himself admits, a USB-C iPhone makes much more sense than an Android phone with a Lightning port. Apple has already swapped over the MacBooks and most of the iPads to the standard, and the chances are that the iPhone will be next.

The Lightning standard was originally introduced as an improvement to microUSB – and it has served Apple products well. However, with USB-C now so ubiquitous and fitted to so many devices, phones like the iPhone 13 are suffering because they won’t connect with most of the peripherals out there.

On the other hand, if you own an Android device then there’s no real reason why you would want a Lightning port on it – unless there’s some very specific Apple-made accessory out there that you don’t think you could live without.

Facing pressures from regulators as well as a good number of consumers, this could be the year that Apple ditches the Lightning port on at least some of its iPhones. However, we’ll always have this reminder that the port could be fitted on an Android device too – perhaps a glimpse into an alternative history that never happened.